In Part four I am continuing with the wiring installation, installing the wall switch and hiding the cable that goes to the curtain motor in the wall.

So I measured the height of the existing light switches in the room, so my new switch would be at the same level, I placed the back box against the wall ensuring it was level with a small spirit level and drew round it with a pencil. I then used a small thin flat screw driver and a hammer to knock out holes in the plasterboard along the pencil line. 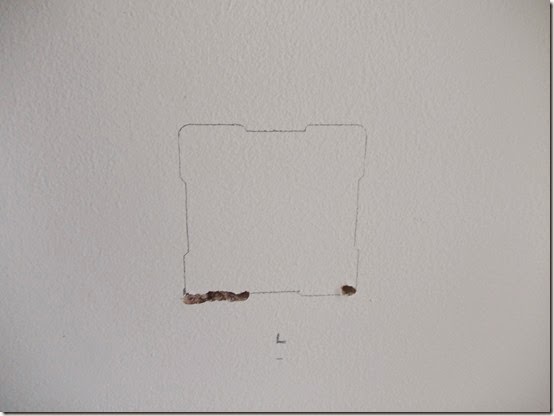 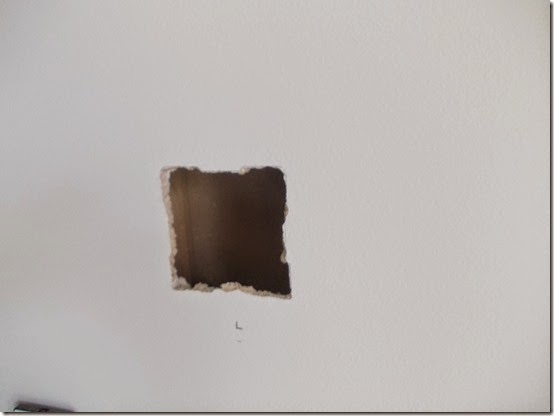 There was a wooden stud in the wall and I needed to create another small hole lower down in order to be able to get the cable round this piece of wood.
I put my tape measure down in the cut out and worked out roughly where the wood was inside the wall and then marked out this position on the exterior of the wall. 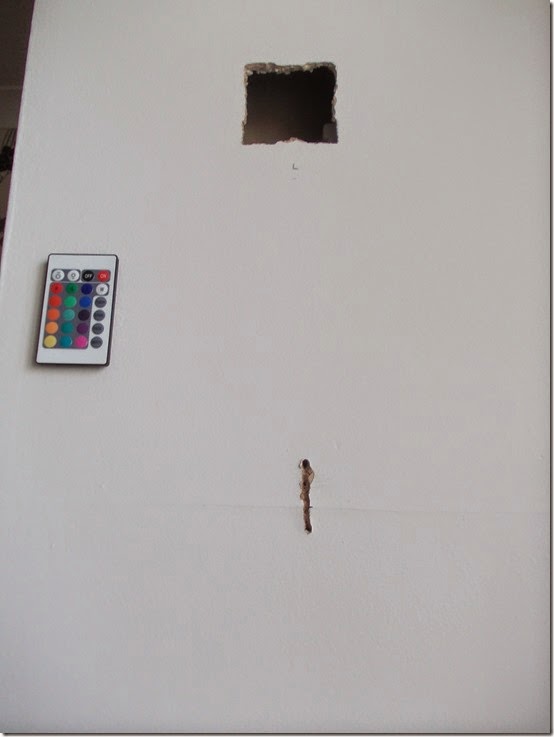 I then used the screw driver and hammer again to start the hole. 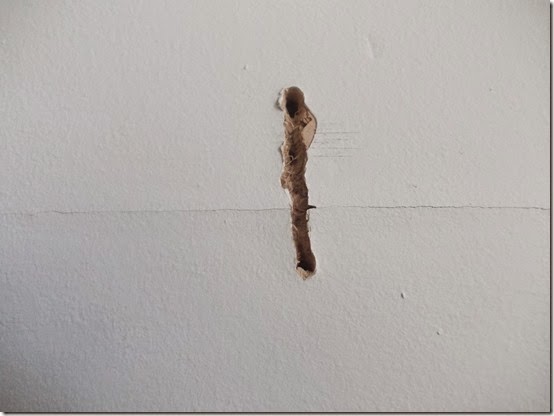 Once the hole was big enough and I used my electricians fish tape tool which is basically a wire on a reel, to fish down the wall to the bottom. 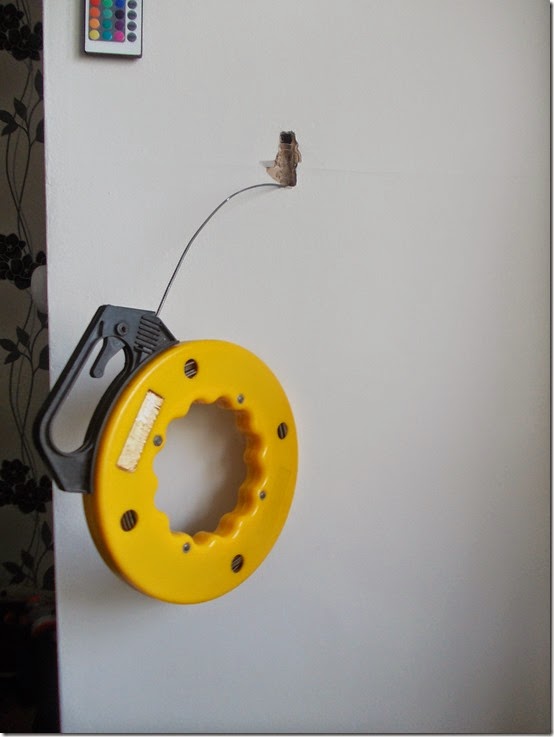 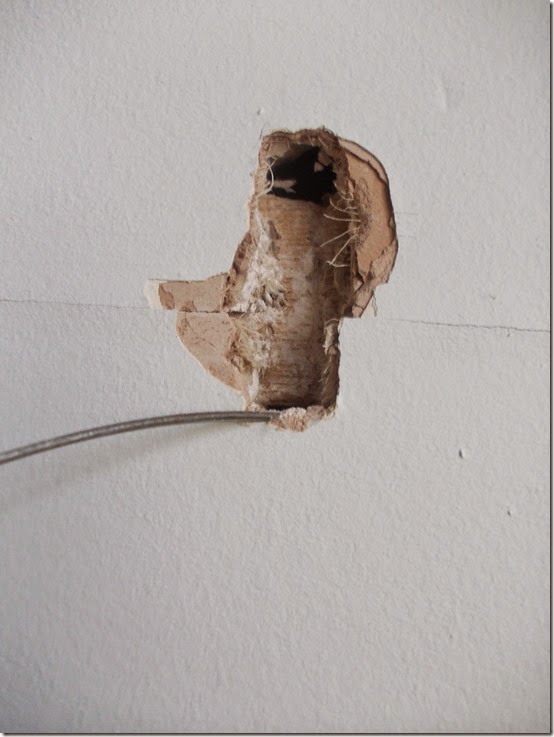 This is that original cut out in the wall at the bottom near the skirting board, where I put in the Fibaro module, you can see I was able to grab the end of the fish tape. 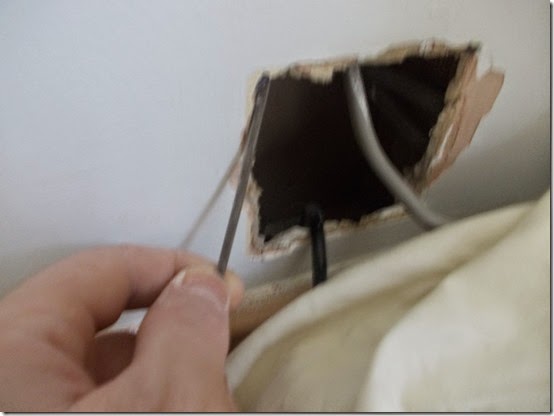 I then turned off the electric supply in the house and disconnected the new wall switch from the cable, that I had been testing earlier. I then connected the end of the wire to the fish tape with insulation tape. 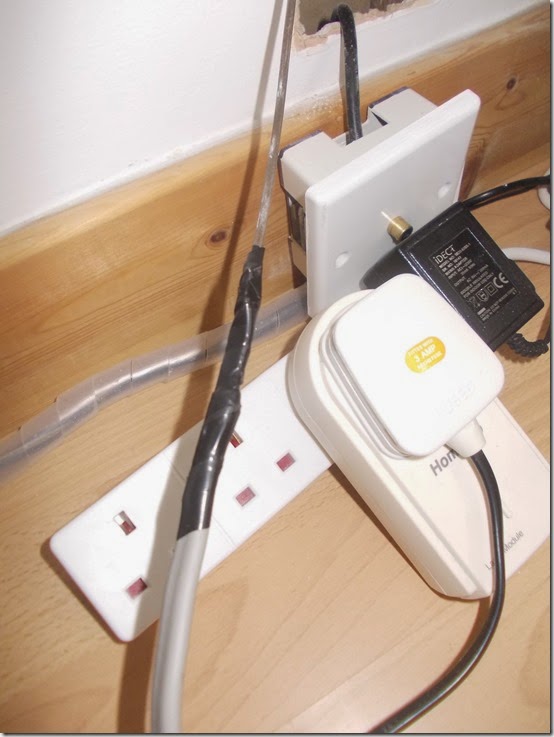 I then pulled the fish tape back up through the wall whilst feeding in the cable in from the bottom, until it popped out of the hole in the middle of the wall. 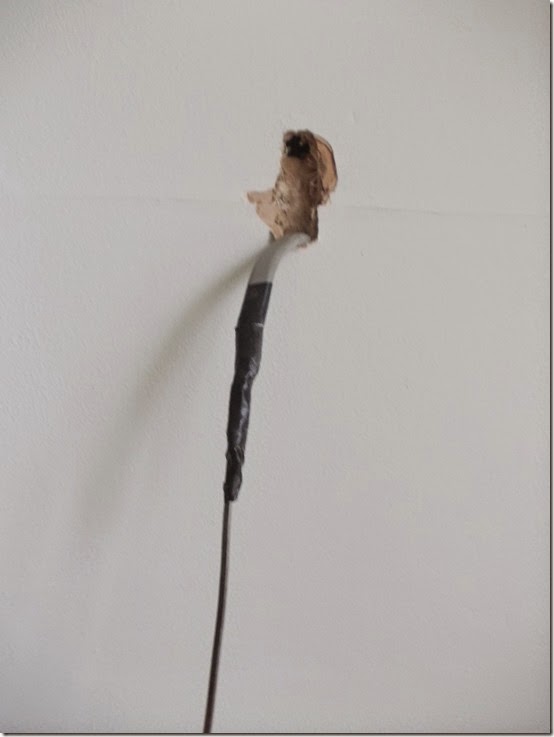 I then disconnected the fish tape from the cable and using my hands just fed the cable back in to the top of hole in the middle of the wall and then up further to the cut out in the wall for the switch. 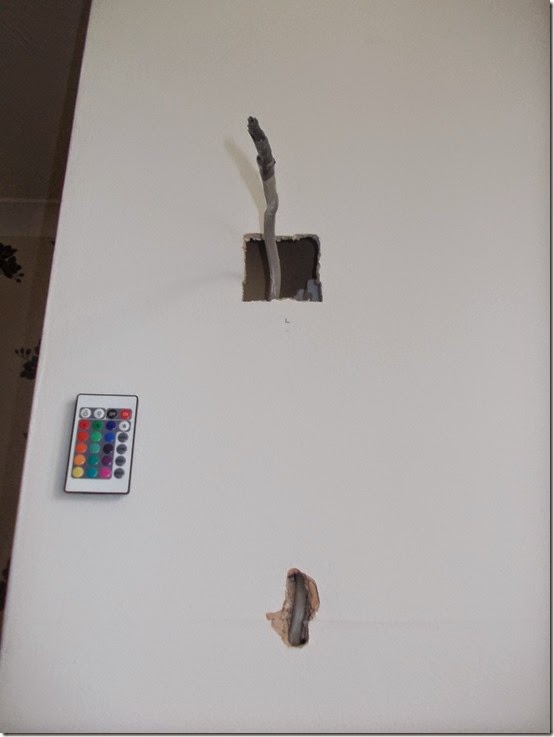 I then knocked out a hole in the plastic of the dry lining back box at the bottom of it and fed the cable in to the box and then push the box in to the plasterboard wall, clipping it in place. 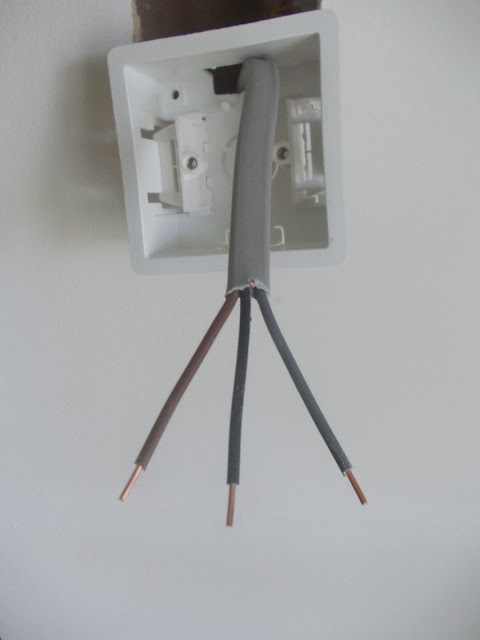 I then re-connected the switch again to the cable. 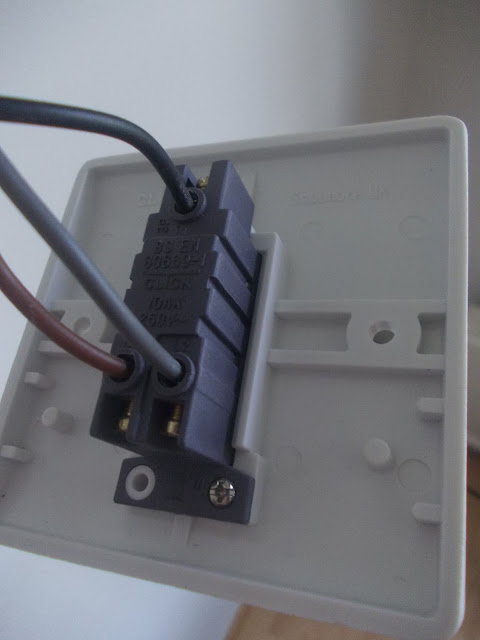 And then screwed the switch in to place in the back box. 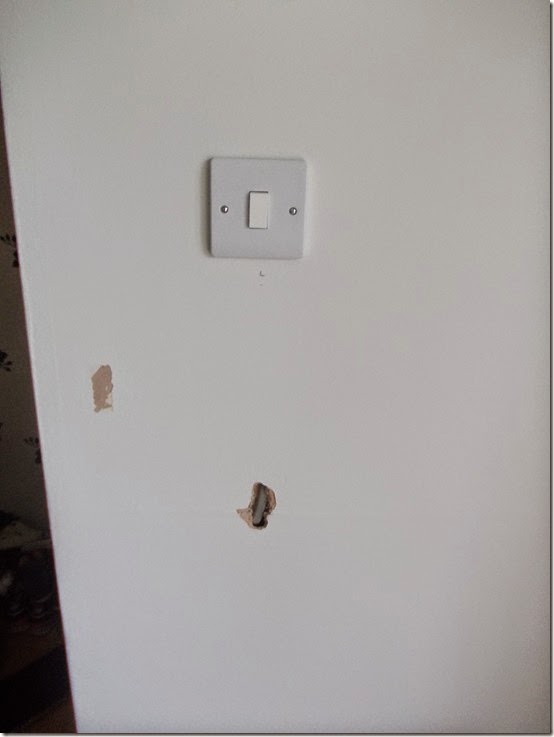 I then used some bits of mini trucking I had laying around and cut off some pieces of plastic with my hack-saw to cover the cable in the middle of the wall. I did this to give the cable some protection and to also pack out the hole some more, so I wouldn’t have to use loads of filler, plus it gives the filler something to sit up against. 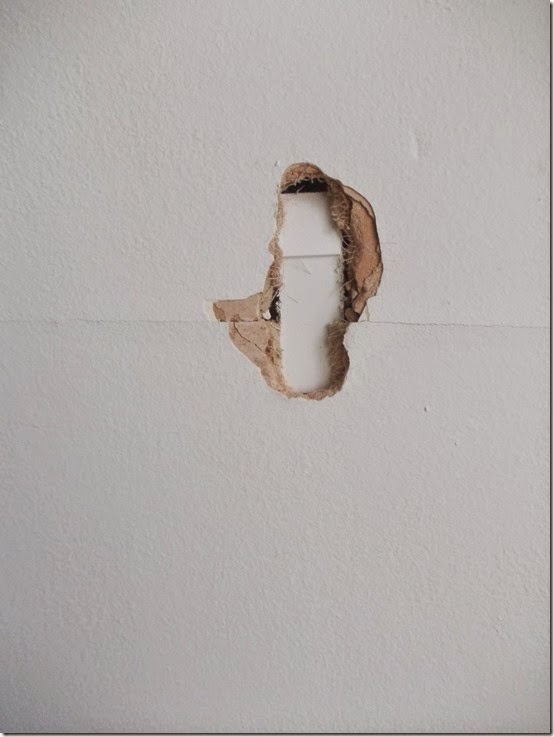 Fishing the tape from the top hole to the middle hole was tricky and took a bit of time and patience. 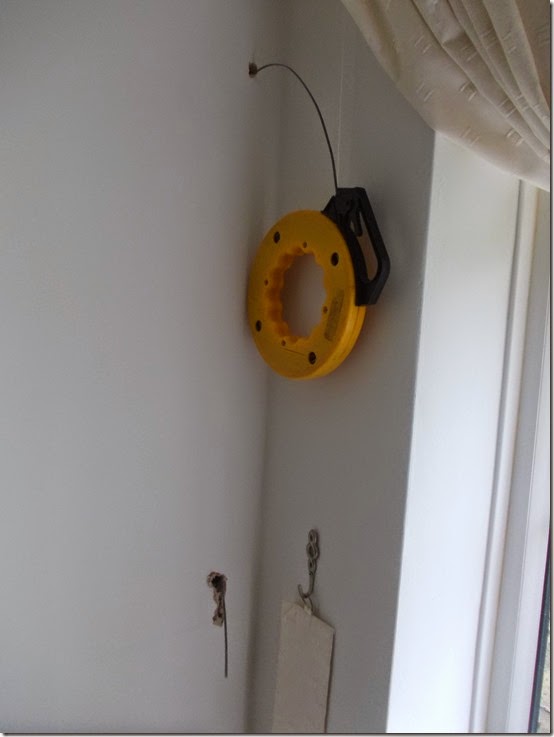 As the cable connected to the motor is only 1.5 metres long, I had to buy some more 4-core electrical flex cable off eBay to extend it.

Using the fish tape I pulled up the cable out of the top hole, I then joined the two cables together and I then continued to push and feed the other end of the cable down in to the wall towards the bottom and to the cut out where the double wall socket is near the skirting board. 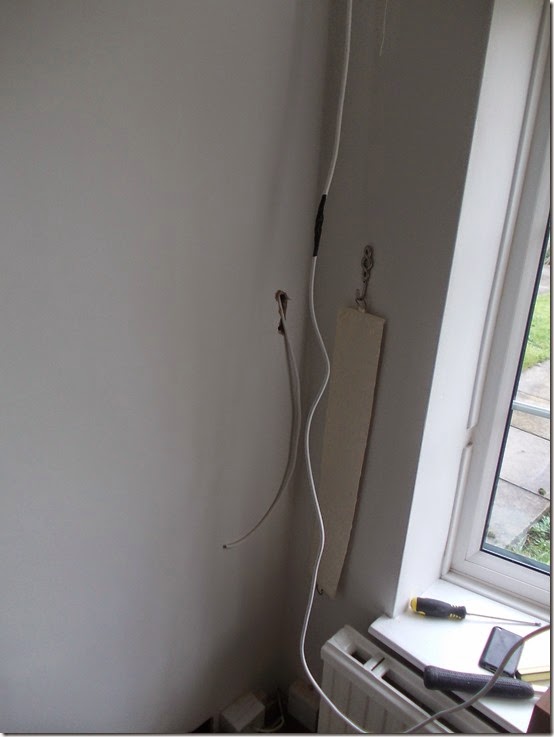 Here you can see the cable coming out at the top of the wall for the motor and the other end of the cable I re-connected to the junction box at the bottom of the wall. 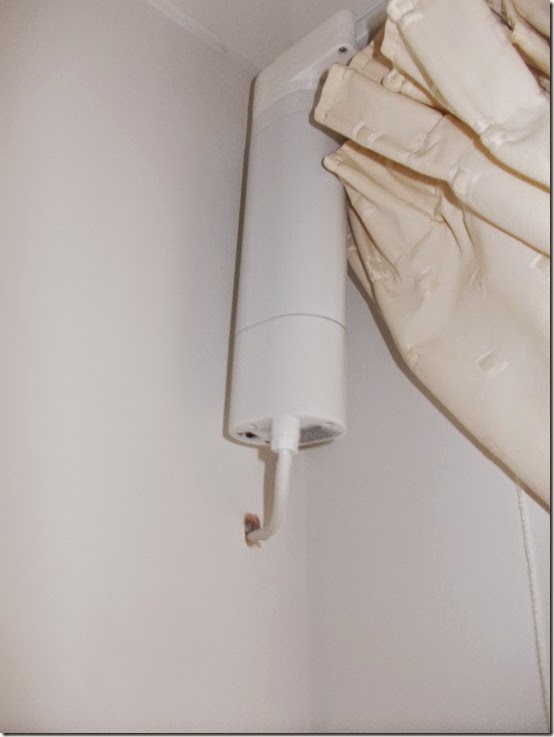 Here you can see the motor cable looped around the wooden stud in the middle of the wall. The hole was probably a couple of inches in length. 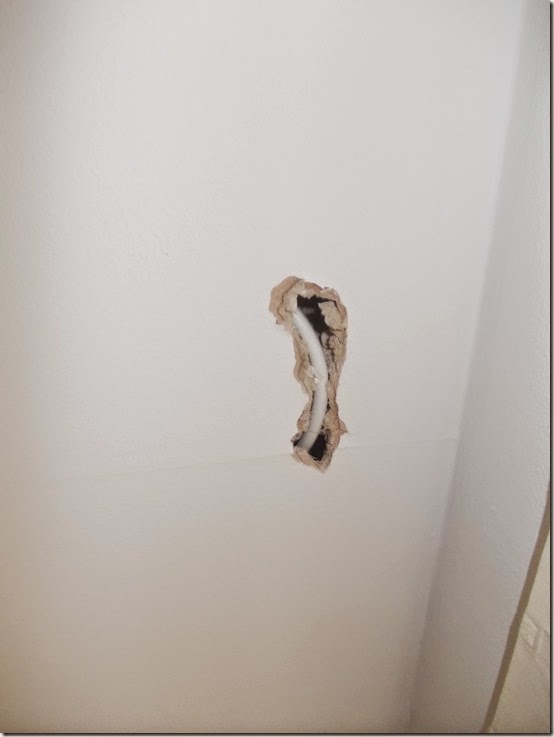 Again I just used some bits of plastic to cover the cable and fill out the hole a bit ready for the filler to go in. 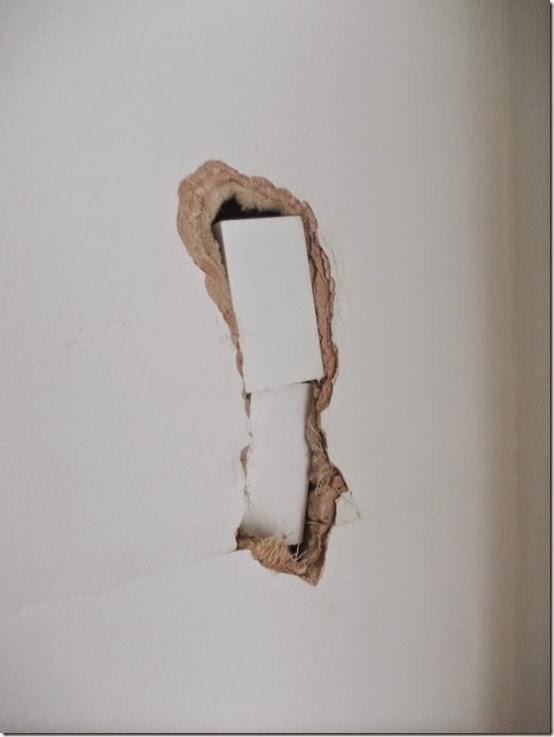 Here you can see the motor and the cable coming out of the wall and the small hole now filled in. 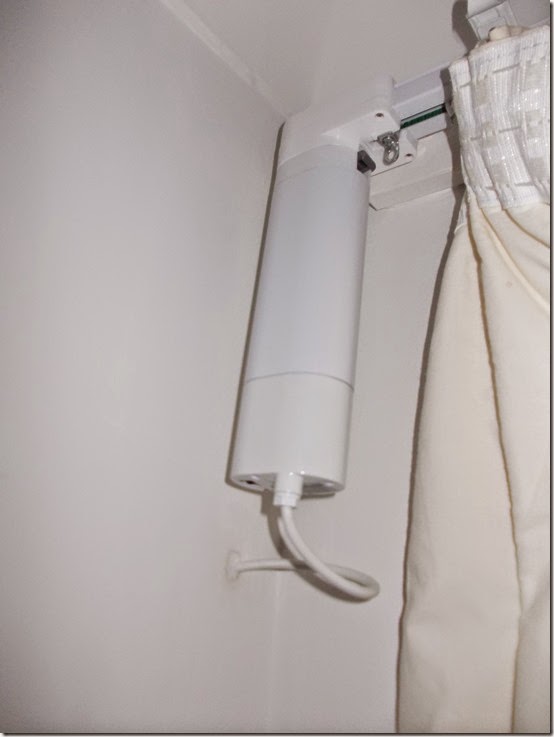 First application of the filler. I need to leave this to dry and fill over again and then sand down and paint.
But you can see what the finished result is going to look like. No cable trailing down the wall from the motor. 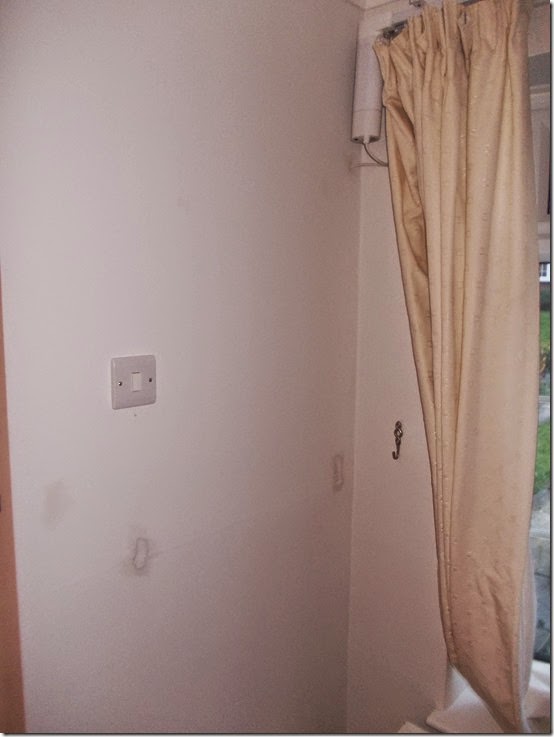 Socket back in place. 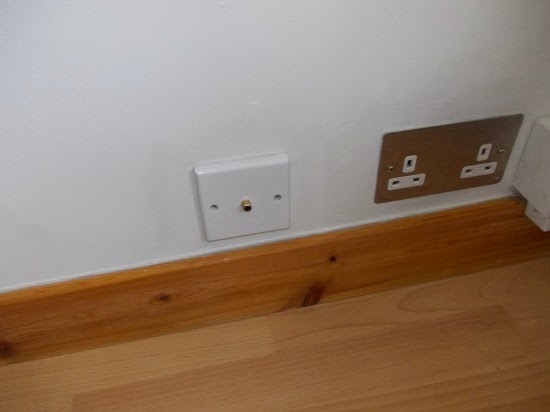 Once the curtain is wrapped around the motor again you won’t even see it. 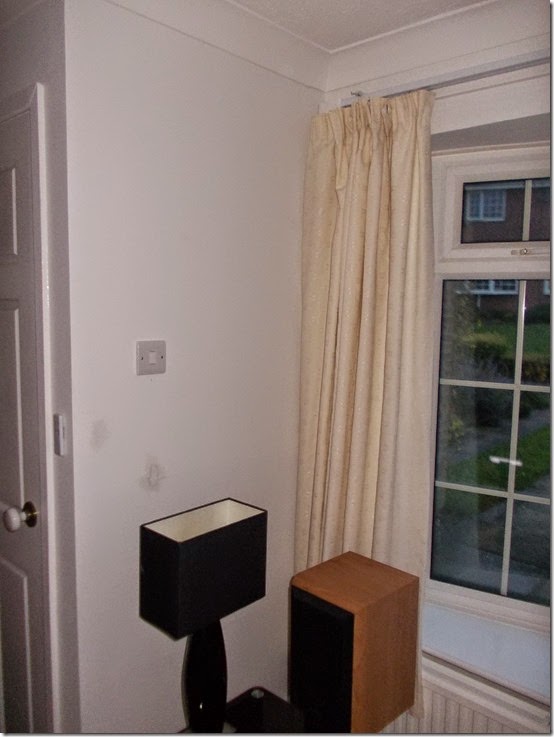 That’s it for part four, in part five I will cover the Home Automation controller setup (Vera) and various remote control options.

I may also do a video of the curtains in action, after my additional curtain rail runners / hoops arrive from the supplier and the curtains are gathered correctly.