How to create an Internet Explorer icon in Media Center

First download and install Media Center Launcher Configurator. You can download it from here. Then I recommend if your not already using it to go ahead and download Media Center Studio from here as we will use this later to move the new IE icon to our desired location on the Media Center start menu.

Run the Media Center Launcher Configurator and populate the fields as shown below. (Right click the MCLC icon and Run As Administrator) 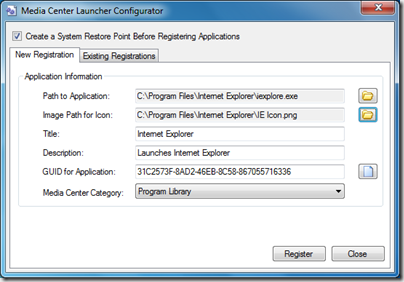 You can search for a suitable IE icon image on Google or you can use the Silver IE icon which I used. 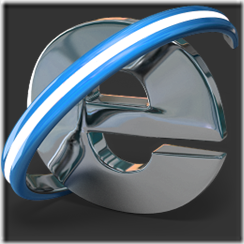 Once you have filled in the fields correctly hit the Register button. Wait and then you should see the dialogue box shown below. 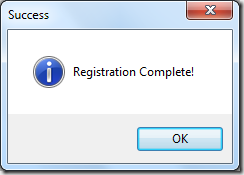 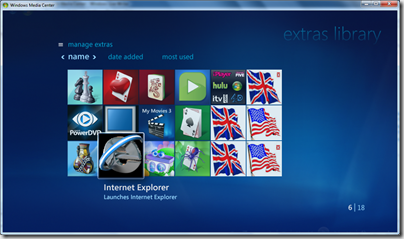 To add the Internet Explorer icon to the Extras menu strip, simply right click the icon and select Add to start menu. 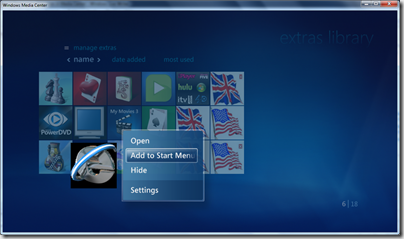 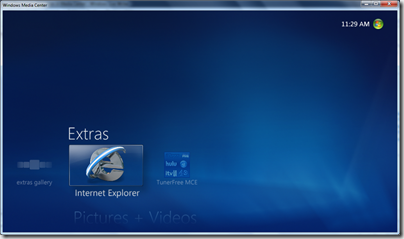 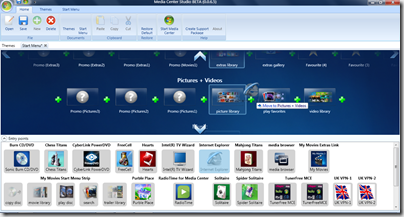 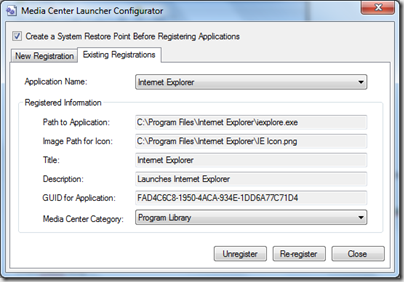